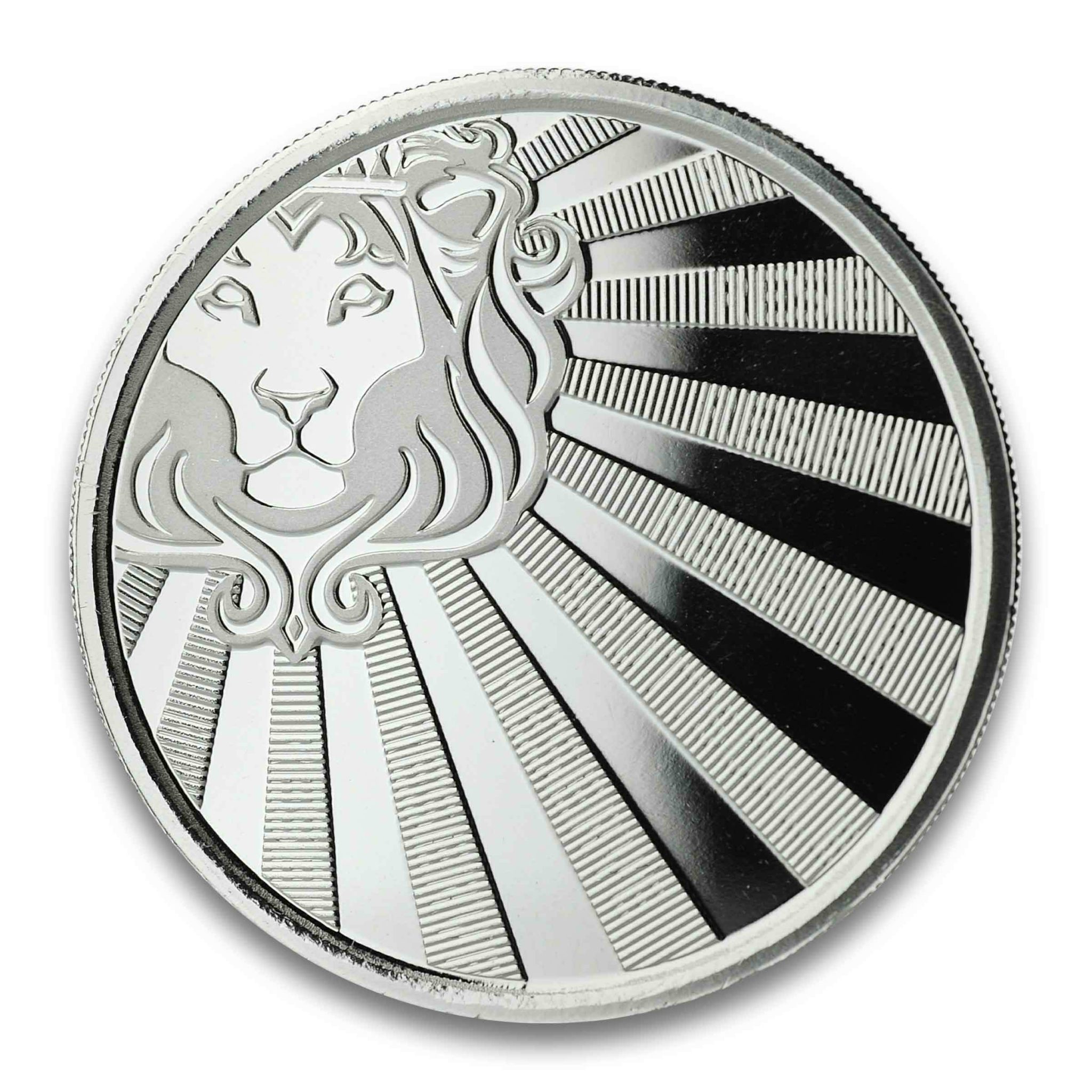 Introducing Hildegard, the first coin in the new Valkyries series from Germania Mint. 2022 Valkyries: Hildegard 1 oz Silver BU launches a collection of Germanic goddesses – beautiful virgin warriors, daughters of Odin. In mythology, the Valkyries carried souls of the bravest warriors fallen in battle to Valhalla. From now on Germania Mint fans will be accompanied by them on unique silver coins.

On the obverse of the coin Hildegard is depicted as the protector of men. Behind the Valkyrie there is a stronghold, guarded by a high wall of wooden palisade. In her hand Hildegard holds a Germanic spear and a shield with an image of the Fenrir wolf. On the goddess’ armor the rune Algiz is engraved – its function is to protect and give a sense of security, openness and support. Hildegard is accompanied by a wolf, which can also be seen in the background of the coin – on a rock, howling to the moon. We encourage you to look for other hidden details on the coin related to Germanic mythology.

The reverse presents a completely new design, combining both the signature Germania Mint double-headed eagle, as well as new Germanic runes and a howling wolf. The animal motif, symbolizing strength and independence, is not accidental – in exchange for food, wolves defended the settlements and its inhabitants. The entire design of the reverse is composed as a shield, which also contains the issue year, metal alloy and the 5 mark denomination.

Designed by Mateusz Frąckowiak, the coin will be issued in an edition of 25,000. Its originality will be confirmed by the accompanying certificate of authenticity.